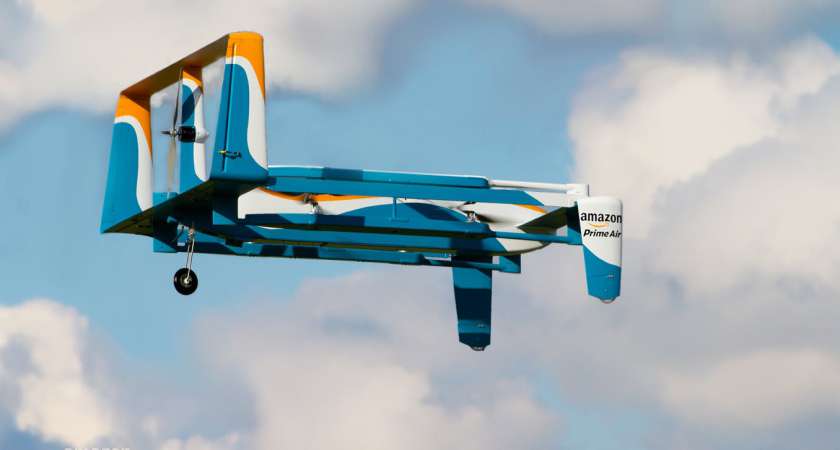 The unusual look of Amazon’s delivery drone combines elements of both fixed-wing aircraft, such as traditional passenger aeroplanes, and rotocraft such as helicopters, in a design that looks like neither. But despite its unusual looks the boxy drone has been designed with the requirements of its door-to-door delivery duty in mind.

Rotocraft can take off and land vertically, which will be an essential requirement if the company is to deliver possibly fragile packages safely and precisely as part of its Amazon Prime Air service. The downside is their lower efficiency and range. As a hybrid of the two, the Amazon drone allows the convenience of vertical take-off and landing, and with its fixed-wing features, the possibility of smooth and quick flight to deliver packages up to around 15 miles away within 30 minutes.

The rotary element includes eight propellers organised in four pairs of coaxial rotors – where one is mounted over the other – in a quadcopter layout. These are fitted to two horizontal booms, one to either side of the drone’s central torpedo-like fuselage which carries the packages and the batteries to power it. Coaxial rotors are less efficient than single rotor propellers and they require about 40% more power for the same thrust. But they do provide larger thrust for a given rotor area – a way of packing the most thrust into a small-bodied aircraft.

The basic principle behind a quadcopter layout is that thrust produced by each of the propellers can be controlled independently to stabilise the attitude of the vehicle. Unlike a helicopter, manual control of a quadcopter is practically impossible. The reason that quadcopters have become so popular – and easy to fly – is only due to the rise of affordable autopilot systems that intelligently monitor and stabilise the drone.

The fixed-wing aspect of the drone is composed of two wings. The rear wing is a box wing design, incorporating three vertical tail fins, one with a horizontally-mounted propeller. While rarely used, box wings are theoretically more efficient than conventional wings due to the reduction of what is known as vortex-induced drag.

This drag occurs due to the high-pressure air on the wing’s lower surface escaping around the wing-tips, causing drag and reducing the effectiveness of the wing. In order to work around this, this the box wing design provides a continuous surface that blocks the movement of air from lower to upper surface. Winglets on conventional aircraft are designed to play a similar role.

The box wing also has some structural advantages, but in practice there are aerodynamic trade-offs which mean it is normally discarded in favour of large wing spans. In Amazon’s case, the box wing design provides the necessary lift in an aircraft that’s also small – so that it’s easier to land in your garden. 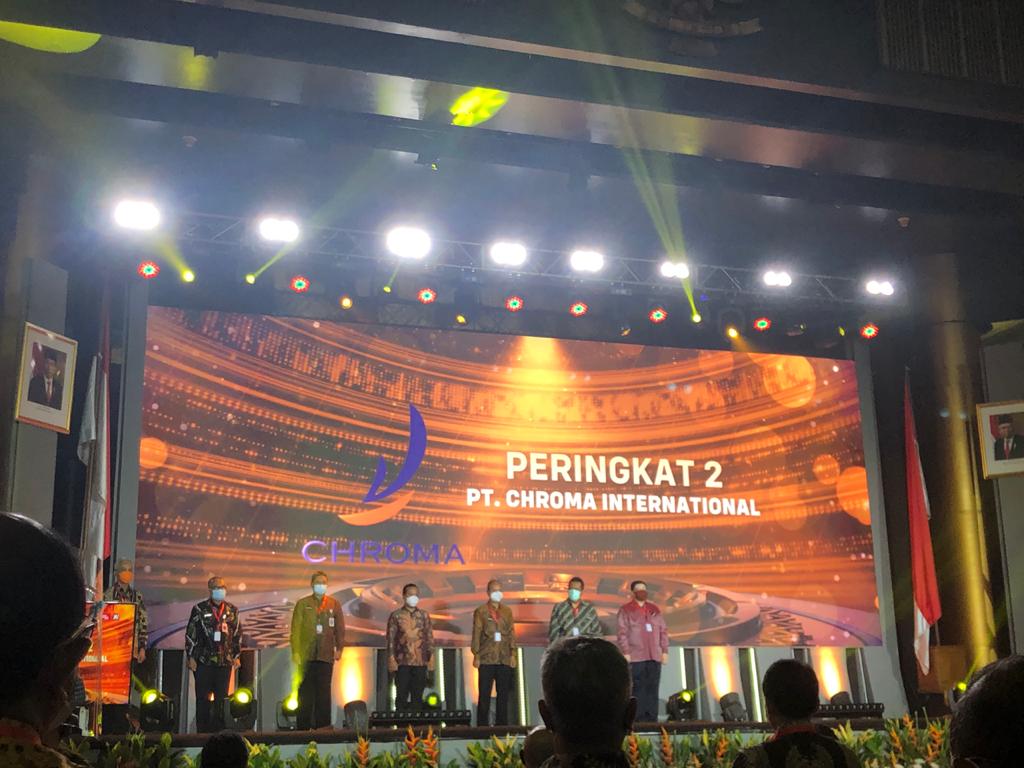 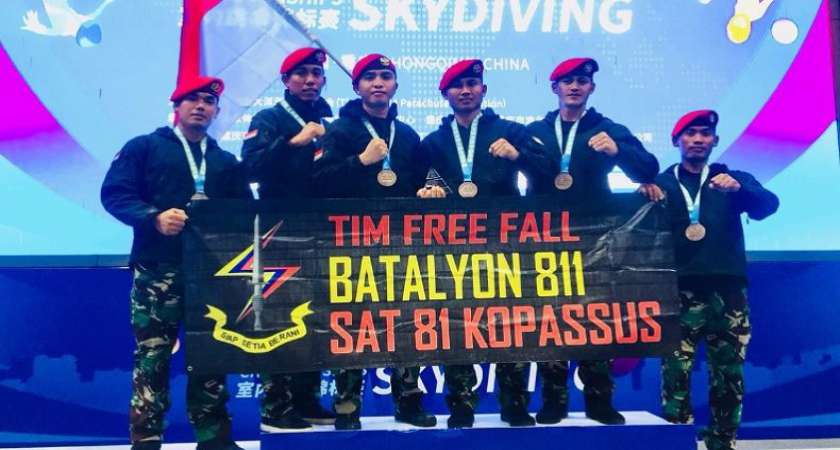 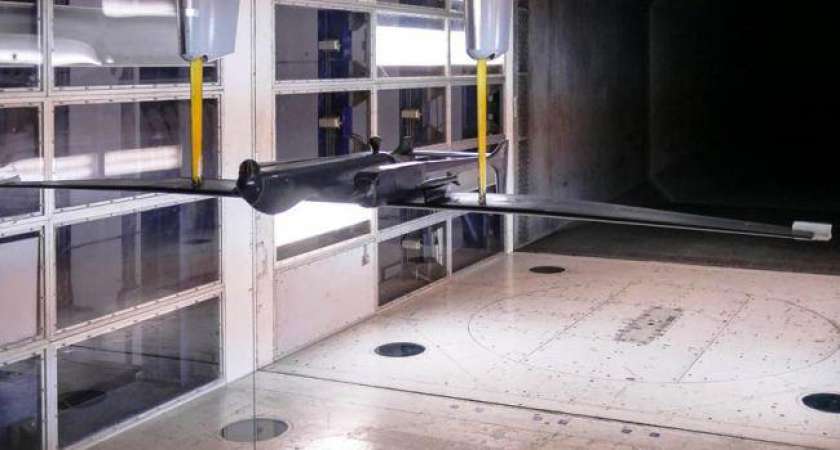